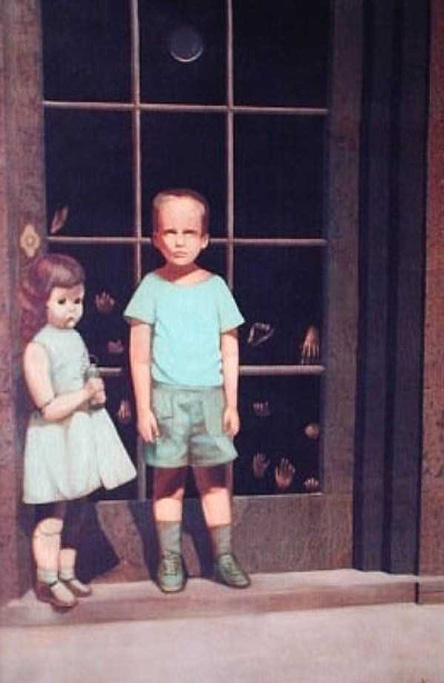 The Hands Resist Him by Bill Stoneham

Here’s a spooky coincidence connected to the upcoming Haunted Objects UK event at the Bishopthorpe Sports and Social Club in York.

Paranormal Magazine was founded By Lee Steer and Wayne Ridsdel in 2013 and following some TV work for Sky’s Showcase Channel 212 [1] in 2016 they have come into possession (I use the word advisedly) of some haunted objects. A list on their website includes such creepy items as an Exorcist’s Bible published in 1828, a haunted mirror that apparently caused a great deal of consternation for TV Ghost hunter Derek Acorah (as do most things) and a Crying Boy painting (there are a number) reputedly the source of numerous fires befalling the ill-fated owners.

In addition to the Crying Boy painting they also list a work of art known as the The Hands Resist Him by American artist Bill Stoneham, although I presume they don’t actually posses the original painting as it was bought on Ebay in 2000 by Perception Gallery in Michigan for $1,025.00. Painted in 1972, it depicts a symbolic representation of the divide between reality and fantasy, with the large, rather alarming looking doll intended as a guide for the young boy and the hands of the title representing the myriad possibilities that will face him during his journey through life.

All very well I hear you say but, apart from the doll, what’s so spooky about that? I’m glad you asked…

When the painting was first listed on Ebay, the current owners detailed some chilling extras that they clearly felt any prospective owner would be wise to bear in mind before bidding. Among these were the fact that after nightfall the characters depicted in the painting would move around and, on occasion, actually leave the painting and enter the room. They also included photographs that allegedly proved that the doll (and I told you she was alarming) had pointed a gun at the young boy. This so terrified him (not a surprising response) that he left the painting (he presumably returned at some point as he is, as far as I know, quite clearly within the painting now).

This detailed claim for the painting being haunted spread rapidly around the internet and resulted in the original bid of £199.00 being elevated after 30 bids to the selling price noted above.

I suspect (and I would imagine that you do, too) that the elevation of the original, rather modest bid to the amount that was originally paid is a clue as to the origin of the fabulously scary stories outlined in the listing. However, I have no wish to cast any derogatory accusations in the direction of the previous owners as they may well be the most honest and upstanding people and genuinely experienced some downright scary experiences.

As if all this wasn’t intriguing enough, the previously alluded to spooky connection is a reference to my own experience. Although not on a par with artistic creations coming to life and wandering around the room, it was strange in that barely thirty minutes before I came across the story of The Hands Resist Him, I came across a film that I was also completely unaware of while researching the historical timeline of ghost movies for an art project of my own [2]. Arguably, given my interest in the paranormal, the painting is something that I should have known about, but I can be forgiven for being unaware of the film as not only is it Russian but it’s a silent short made in 1915. The spooky part is that it’s called The Portrait, and although very little actually happens the main focus of the film is a portrait that comes to life and walks around the room.

Perhaps fate is trying to tell me something. Don’t paint any portraits perhaps?

For details of the upcoming Haunted Objects event in Bishopthorpe, there’s a Facebook listing here: www.facebook.com/events.

And for more information about the objects themselves there’s a page on the Paranormal Magazine website: Haunted Objects Museum UK. 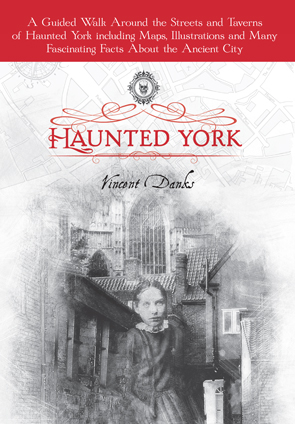